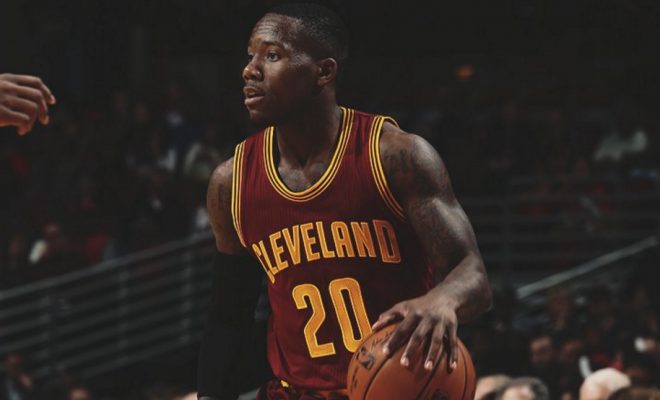 (Chicago, IL) – The Cleveland Cavaliers played small ball and rested their starters on Friday night, a strategy that worked for two quarters before a second-half comeback by the Chicago Bulls. The end result was a 118-108 victory for Chicago at United Center.

The Cavaliers opened Friday night’s game with a three-guard starting lineup made up entirely of reserves. Jordan McRae and DeAndre Liggins played the two and the three, with rookie Kay Felder at the point. Up front was the duo of Cory Jefferson and Jonathan Holmes.

Not surprisingly, the strategy to go small and the absence of players like Tristan Thompson and Kevin Love allowed the Bulls to dominate the boards to the tune of 60 to 26.

Despite facing a good portion of the Bulls’ regular lineup, the Cavaliers acquitted themselves well during the first half. A big problem for Chicago in the opening period was their 11 turnovers, which allowed the Cavs to jump out to a 30-16 advantage early.

The Bulls were able to slice that deficit to nine at 35-26 by the end of the quarter, but their troubles with turnovers continued. Committing six more to just three for Cleveland allowed the Cavaliers’ makeshift lineup to take a 63-54 lead into halftime.

Just after the half ended, McRae briefly assessed how the team was able to hold a lead against the Bulls’ more formidable lineup.

The Cavs held a 73-62 lead following Jefferson’s basket with 7:20 left in the third quarter. From then on, it was all Chicago as they went on a 26-8 run, eventually taking a 90-84 advantage into the final period. Those final 12 minutes extended the margin into double digits, with the Cavaliers only getting as close as eight points the rest of the way.

John Holland led the Cavaliers with 23 points, followed by McRae with 19 and Holmes with 16 on the night. Felder contributed 14 and handed out seven assists, while Holmes led the rebounding department with six boards.

The defeat is the third in a row during the preseason, which coincides with the absence of the resting LeBron James and other starters. One more exhibition tuneup on tap next Tuesday in Columbus against the Washington Wizards will serve as a dry run for the Oct. 25 opener against the New York Knicks.

Despite the losses, Cavs head coach Tyronn Lue likes the effort of the team.

“We’ve actually been talking about it, yesterday and today — all the guys have been playing well,” Lue said. “They all do something different.”

Plus, there was good news on the night with the announcement that the Cavaliers had come to terms with free agent shooting guard J.R. Smith, who agreed to a four-year, $57 million deal.