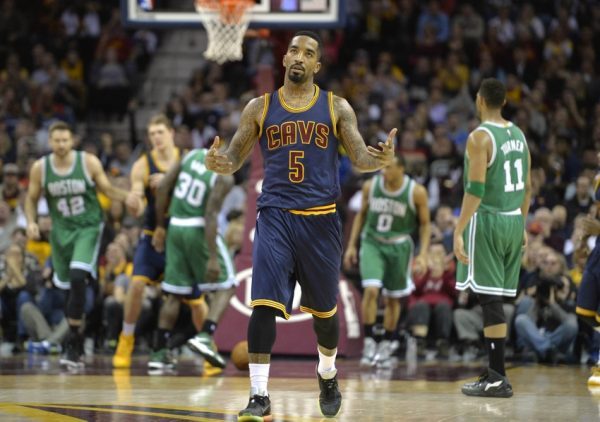 With Cleveland Cavaliers starting shooting guard J.R. Smith still unsigned, rumors have begun to float around that he could possibly jump to another team before the regular season opener.

Smith, an unrestricted free agent, is reportedly being looked at by a few teams including the Cavs’ Eastern Conference rival Boston Celtics, according to Frank Isola of the New York Daily News.

However, Isola noted that the Celtics most likely would need to clear a good amount of cap space in order to sign the 31-year-old shooting guard.

The Celtics would improve greatly with the addition of Smith, as Boston was the third-worst shooting team from behind the arc last season at just 33.5 percent.