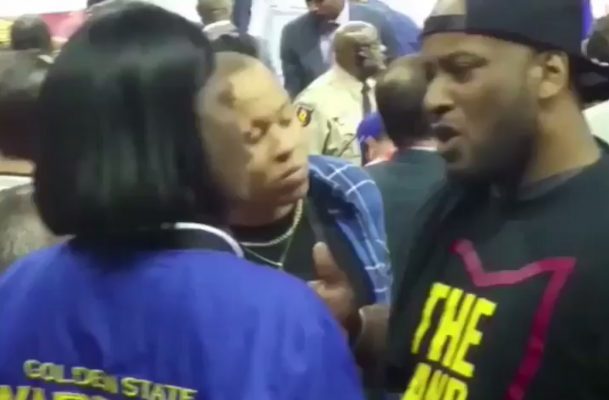 As the Cleveland Cavaliers endured a shocking 118-113 loss to the Golden State Warriors on Wednesday night, one Cavs fan decided to take his frustrations out on opposing forward Draymond Green’s mother.

According to TMZ, a Cavs fan had been heckling Green’s mother, Mary Babers-Green, throughout Game 3 of the 2017 NBA Finals. The heckling soon turned into a heated altercation with numerous other fans and police involved.

Babers-Green apparently made amends with the fan afterwards and even tweeted that everything was “all good.”

Cavs fans may become even more frustrated on Friday night as the team looks to avoid an embarrassing 4-0 sweep at Quicken Loans Arena.