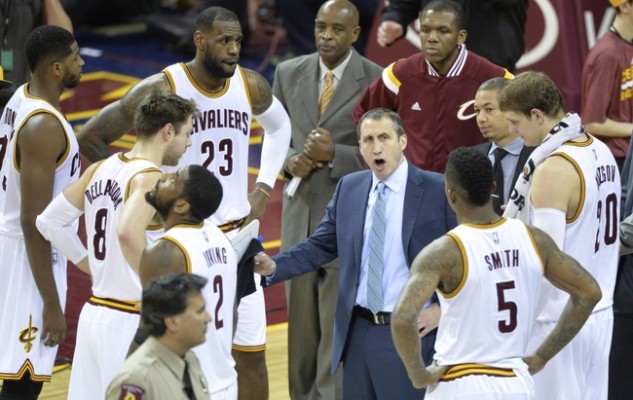 In a recent podcast with Ryan Hollins and Brendan Haywood, Perkins walked fans through Game 4 of the 2015 Eastern Conference semifinals between the Cavs and Chicago Bulls.

“All I know is I was getting tissue and paper towels because every time there was a crucial moment and David Blatt got nervous his nose started bleeding,” Perkins said when recalling the final moments of Game 4 of the 2015 semifinals between the Cavs and Bulls. “I’m getting the paper towels because his hands shaking, nose bleeding and he draws up this play for J.R. [Smith] and I’m like, ‘Hold on.'”

Of course, Smith never ended up taking the final shot of the game. Four-time MVP LeBron James got the ball on the final possession of the pivotal contest and knocked down a 3-pointer to give the Cavs the victory.

With the win, the Cavs tied up the series against the Bulls at two games a piece. They went to beat the Bulls in six games.

While Blatt coached the Cavs during their loaded 2015 postseason run, his stint in Cleveland didn’t last very long. The international general got ousted in January 2016.

In his 123 regular-season games as head coach of the Cavs, Blatt recorded a strong 83-40 record. However, that was his only experience as a head coach in the NBA.