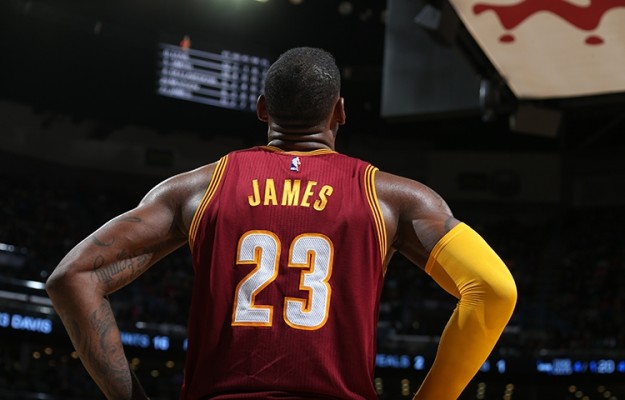 On Friday night, the Cleveland Cavaliers star scored 37 points, including a heroic performance in the fourth quarter that saw him outscore the entire New Orleans Pelicans team, 23 points to 21. Despite carrying the team on his back from a 13-point deficit midway through the fourth, it was not enough as the Cavs fell to the Pelicans in overtime, 114-108.

Following the game, James was asked whether or not the Cavs have yet to reach their full potential due to the pending returns of Kyrie Irving and Iman Shumpert. The four-time MVP did not hold back in his response:

“It’s only one guy in the world, ever, where everything will be all right when he comes back, and that’s Jesus Christ. Other than that, you can’t bank on nobody being OK.”

What James’ point was, is that the Cavaliers can’t simply have the mentality that once those two players are back, the team will be great again. Having a lackadaisical attitude will result in less-than-stellar results. That was proven when the Cavs lost to a 5-15 Pelicans team, the second-worst squad in the Western Conference.

Kevin Love had a nice state line in New Orleans—15 points and 10 boards—but he was no where to be found in the fourth quarter. The only other points scored during the team’s comeback from 13 points down was a three-point shot by Matthew Dellavedova.

Guess who assisted on that play? None other than James.

The streaky shooting J.R. Smith was red-hot in the first quarter, scoring 15 points on 5-of-7 from beyond the arc. However, he would end the game just 1-for-7 from the field the rest of the night.

James summarized the reason for why the Cavaliers have struggled down the stretch in some tough games:

“We just, we do not play a 48-minute game. It’s either one or two guys that breaks down and it breaks the whole team down. Until we find the right lineup, the right matchup, that guys are gonna play 48 minutes, or, when they’re on the floor they play their minutes the right way, then we won’t have stretches where we continue to let guys get to the rim or make shots.”

While it’s not time for people to hit the panic button just yet, the Cavaliers will not win a championship with this type of mentality. Though they remain the best team in the Eastern Conference and are doing so without two of their starters in Irving and Shumpert, James’ point is about the team’s effort and execution when it matters most.

With their 2015 finals opponent—the Golden State Warriors—entering Saturday’s game at a record of 20-0, the 2015-16 Cavaliers literally need to toughen up.

More importantly, the four-time MVP needs some help along the way.