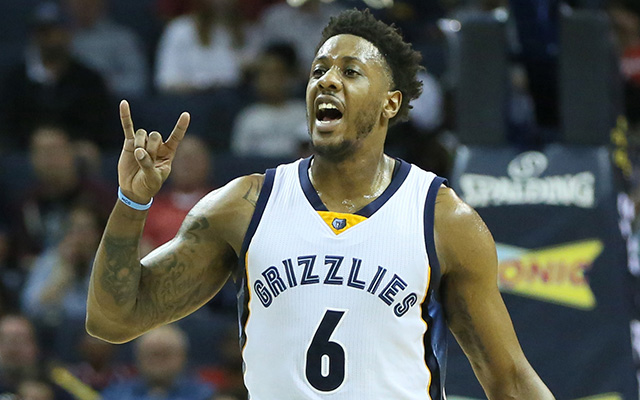 The effort to bolster the Cleveland Cavaliers’ backcourt is continuing in the final weeks before the team’s preseason training camp begins on September 27. The latest evidence of that is a report that free agent point guard Mario Chalmers is again a potential option.

Ira Winderman reported in the Sun Sentinel on Sunday that the possibility of Chalmers reuniting with his former Miami Heat teammates LeBron James, James Jones and Chris Andersen could take place.

“While Chalmers is eligible to be signed by the Heat, who dealt him to the Memphis Grizzlies last November in a tax-saving trade, such prospects would appear unlikely with the Heat loaded with possibilities at point guard with Goran Dragic, Beno Udrih, Briante Weber, Tyler Johnson and Josh Richardson. A reunion with LeBron James with the Cleveland Cavaliers remains a possibility, but that also could be a potential landing spot for former James Heat teammate Norris Cole, who also remains a free agent,” says Winderman.

Chalmers is currently still trying to rehabilitate an Achilles injury that ended his season in March while playing for the Memphis Grizzlies. He had been dealt there last November from Miami in order to reduce the Heat’s payroll. Once the season ended, the Grizzlies waived the veteran.

During his time with the Grizzlies, Chalmers was considered a solid option as the team’s sixth man. With the possible retirement of veteran Mo Williams and the rookie status of second-round selection Kay Felder, the Cavaliers could use an experienced hand to back up Kyrie Irving.

Last season in 55 games with the Grizzlies, Chalmers averaged 10.8 points and dished out 3.8 assists per contest.