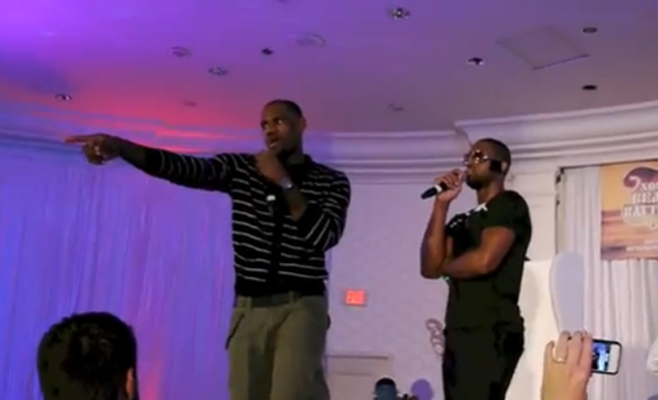 The bond between LeBron James and Kevin Love was actually forged a few years before the duo joined the Cleveland Cavaliers in 2014. Their play in winning Olympic gold was the first success they enjoyed together before helping the Cavaliers win their first ever NBA title less than three months ago.

Love is celebrating his 28th birthday today (September 7), so James took to social media to recognize the event. On his popular Instagram account, James fixes his camera phone on a 2008 photo of Love from his days at UCLA, which served as the cover of Sports Illustrated for that year’s college basketball issue.

The only part of James that appears in the short video is his finger as he points to the photograph while singing, “Happy Birthday.” He then punctuates the song by laughing like Nelson, one of the animated characters from the long-running cartoon, “The Simpsons.”

Happy Bday to my guy/bro @kevinlove!!! Enjoy to the fullest. All love for Love! #MyVocalsAreNice #Automatic #Worrrrrkkkkk Hahahaha

Love has previously been the good-natured target of other teammates. Richard Jefferson helped make “Lil Kev” popular during the team’s run to the NBA title. The character consisted of a photo of a male model for Tommy Bahama that looked much like Love.

James, Love and the rest of the current Cleveland roster will begin training camp in less than three weeks.