Video: Draymond Green Opens up About Beef with LeBron James 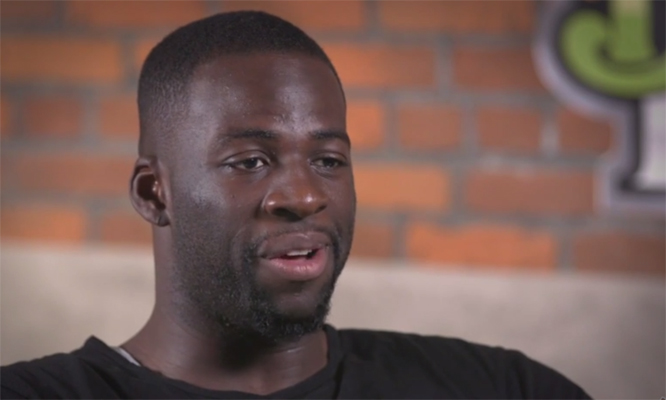 LeBron James of the Cleveland Cavaliers and Draymond Green of the Golden State Warriors are not exactly the best of friends on the court. In fact, the two got into a bit of a mix-up in Game 4 of the NBA Finals back in June, and Green was ultimately suspended for a pivotal Game 5.

Green has never been shy about expressing his opinion about anything, and now Green is addressing the alleged “beef” between the two in a new video via DraftKings.

“So you know a lot of people try to make it out to be with LeBron and I, that there’s this beef and this, that, and the other, it’s not. Me and LeBron are friends, we’re business partners,” said Green.

In the video, he also speaks his mind and understands the mentality both players will have the next time they face off against each other.

We’re looking forward to seeing exactly what happens when these two meet again next year.

See the interview in its entirety below: