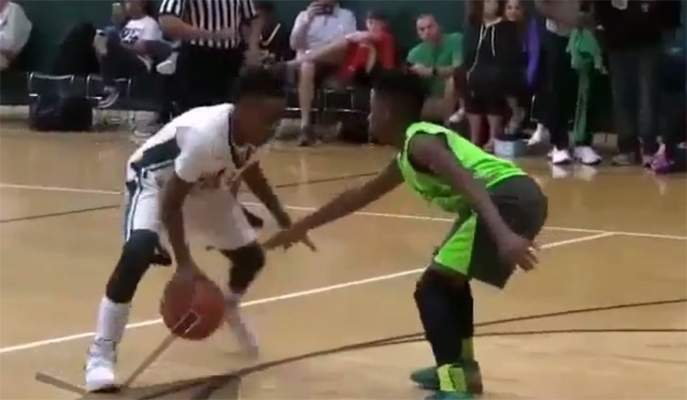 Cleveland Cavaliers star LeBron James has decided to improve upon the one weak spot in his game, his 3-point shot. And it has been reported that he is getting a bit of help in that area from a former teammate in Damon Jones.

Well, there might be another person that James may want to seek some advice from, and that is his son LeBron James Jr.

James Jr. has had highlights circulating through the years, but each time a new video is released, one can’t help but wonder if the best part of the elder LeBron’s legacy will actually be his son.

Check out the most recent clip where James Jr. knocks down 3-pointers, crosses up defenders and dishes out a few delicious dimes.

LeBron James Jr. is out here making half court shots and much more. ? (via @drichtv)