Report: LeBron Upset at Lack of Foul Calls When Driving to the Rim 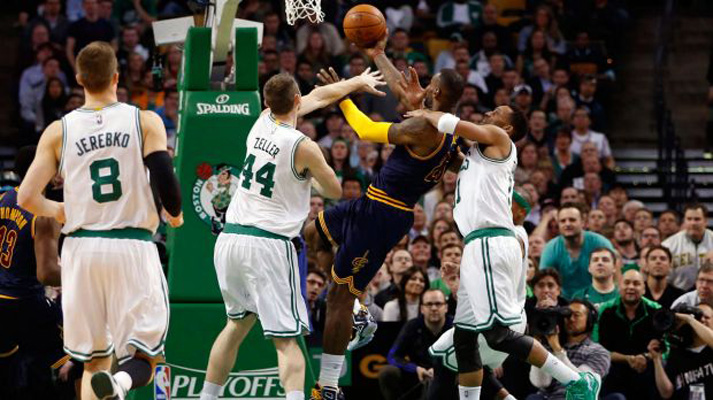 Despite showing marked improvement in his free throw shooting over the past month, the Cleveland Cavaliers’ LeBron James is growing increasingly irritated by the fact that his number of attempts per game isn’t higher, considering what he believes is the increasingly physical play from opponents toward him.

In assessing the argument, ESPN’s Dave McMenamin noted that the Cavaliers’ coaching staff also believes that James is being shortchanged in this category. They feel that the lack of calls for James stems from referees’ attempts to balance out the size advantage held by James, along with his focus on getting to the basket.

Right now, James stands in a three-way tie for fifth place in attempts per game at 7.5. Topping the list is James Harden with 10.9, DeMarcus Cousins with 10.0, DeMar DeRozan with 8.3 and Russell Westbrook with 7.6

Bolstering the argument of both James and the coaching staff is the fact that 57.8 of James’ shot attempts have come from within nine feet of the basket, an area when physical play is a given, which often leads to a foul being called. In contrast, Harden has only attempted 36.9 of his shots from the same area, while DeRozan has offered up 44.7 and Westbrook 45.1.

Defenders of those three players claim that their moves, such as pump fakes, are what causes opponents to foul them more often.

Given the recent success of James at the free throw line, those additional points have the potential to make the conclusion of some Cleveland games less tense. In the team’s last nine contests, James is hitting at an 87.5 percent clip from the line, missing just nine of 70 shots. That’s in contrast to his 60.5 percent effort during the team’s first 10 games.

cleveland cavaliersfeaturedlebron jamesnews ticker
← Previous Story James Jones on LeBron: ‘I Want to See Him Be the Greatest Basketball Player to Ever Play This Game’
Next Story → Kyrie Irving on Return: ‘I’m Pretty F*cking Excited’