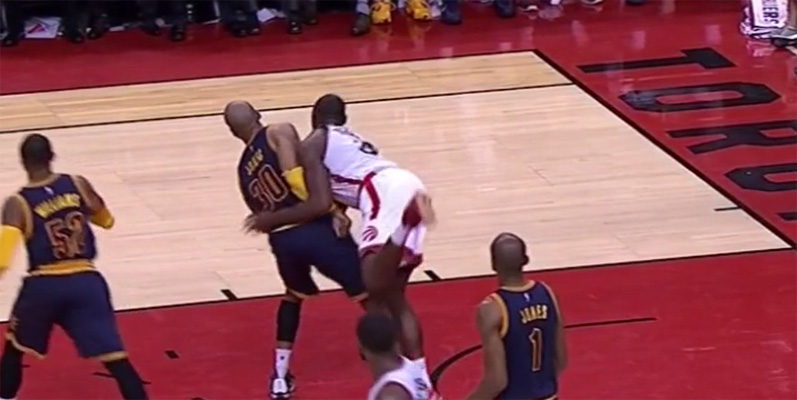 The play occurred with 17.6 seconds remaining in the fourth quarter of the Raptors’ big 99-84 victory over the Cavs in Game 3 of the Eastern Conference Finals. Biyombo, clearly hurt, stayed on the floor for a couple of minutes after the buzzer had sounded.

Perhaps Jones was trying to take out Biyombo. The 23-year-old had a career game Saturday night, going for 26 rebounds and four blocks, and the Cavs had no answer for him all night, not until Jones struck him at least.

The backup guard will serve his suspension Monday, May 23 during Game 4 of the Eastern Conference Finals.