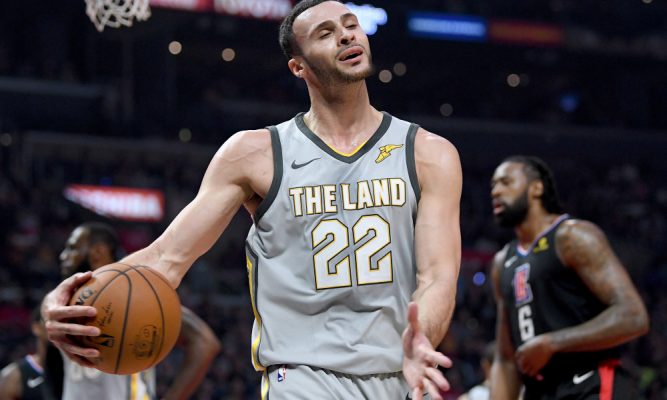 Larry Nance Jr. did not participate in Monday’s practice due to a sprained ankle, and his status for Wednesday night’s opening game against the Toronto Raptors is unclear.

Cleveland Cavaliers head coach Tyronn Lue was asked about the progress of Nance’s ankle to which he responded, “I don’t know.”

The Cavs are scheduled to depart for Toronto right after an early Tuesday morning practice. The team will hold a shootaround on Wednesday morning, so Nance’s availability for the game should be made clear then.

Nance injured the ankle when he landed on a teammate after going up for a rebound in practice last Thursday, and hence sat out during Friday’s preseason game against the Detroit Pistons. It should be noted that this marks the first time that Nance has sprained his ankle in his three-year NBA career.

Nance is slated to share minutes at the center position with fellow teammate Tristan Thompson, with Thompson starting and playing against the bulkier bigs. If Nance is a no-go for Wednesday night’s game, then Ante Zizic is expected to receive more playing time.