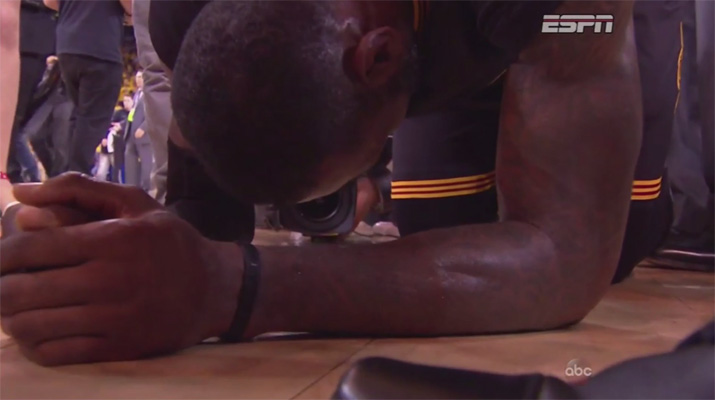 The prodigal son of Northeast Ohio, who returned two years ago and promised to deliver a championship to the city of Cleveland, LeBron James has fulfilled his quest.

James finished the night with a triple-double: 27 points, 11 rebounds, 11 assists, a Finals MVP, and most importantly his third NBA championship.

Watch as he breaks down in tears of joy following the Game 7 victory.