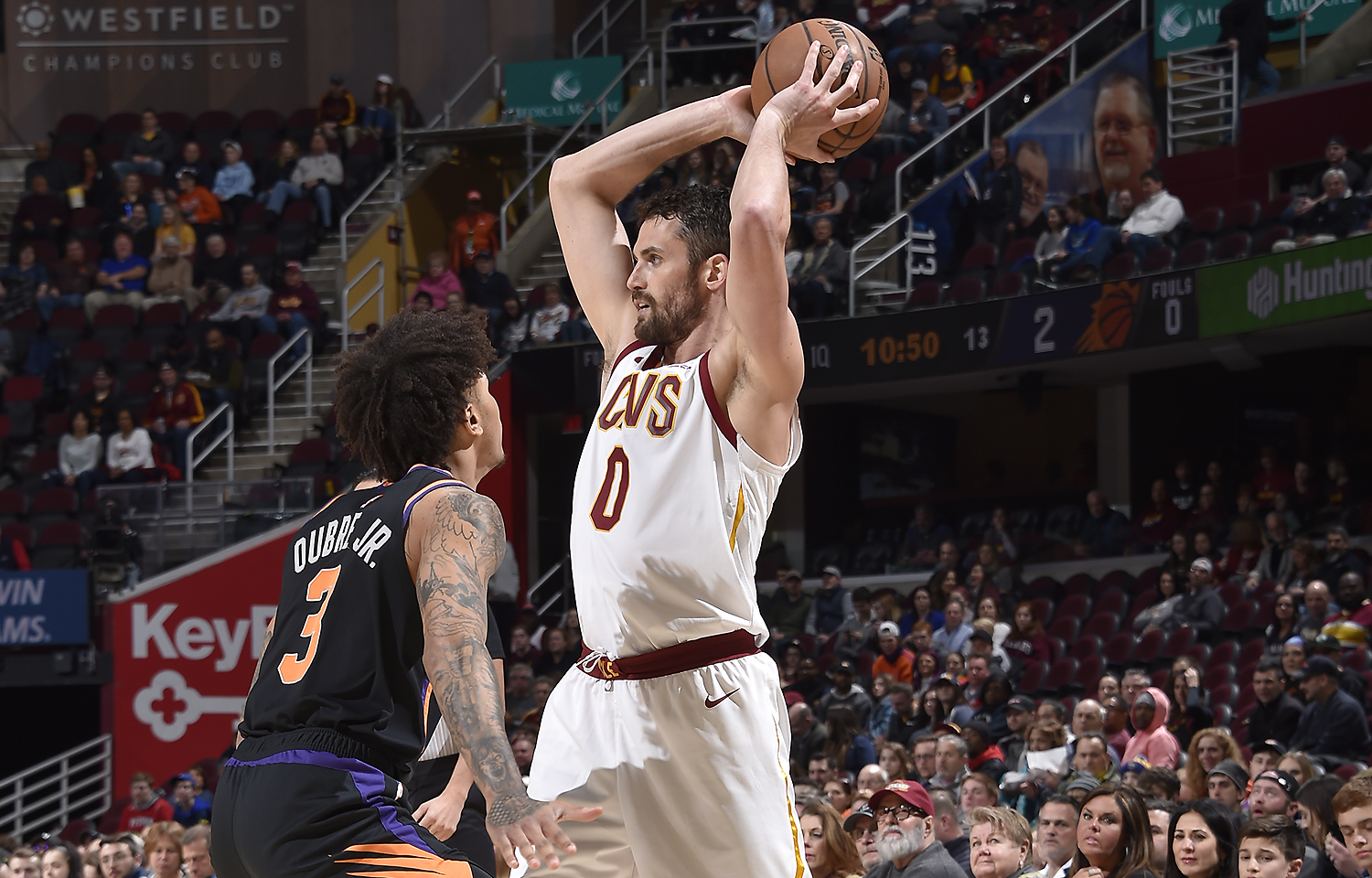 The idea of the Cleveland Cavaliers trading away power forward Kevin Love has been a constant source of conversation over the past five years.

Yet, despite the 11-year veteran beginning a lucrative new four-year contract, one ESPN insider believes that there’s a 50-50 chance that Love could be playing for another team next season.

Brian Windhorst of ESPN appeared on the network’s radio affiliate in Cleveland and indicated that there are no current deals on the table, but that he could still be dealt.

.@WindhorstESPN on whether Love will be back with the Cavs next year: "He's been out there in some trade talks, but it's hard to find the right deal for him…I'd say it's 50/50."

Love signed a four-year deal last year worth $120 million, a steep price for a rebuilding team to pay a player who turns 31 in September.

During the 2018-19 season, he played in only 22 games because of injury and has had injury problems in the past. The combination of his contract, advancing age and struggles to stay healthy are part of the reason that no market has emerged.

Yet, when Love does take the court, he’s capable of delivering a double-double performance every game. In those 22 games this past season, he averaged 17.0 points and 10.9 rebounds per game, with his presence on the court giving the Cavaliers a better record than when he didn’t play.

In addition, the rebuilding nature of the team means that Love’s veteran experience is a valuable commodity to have available. Another determining factor in any possible deal will be what other teams might offer the Cavaliers for him.

Of course, almost since Love first put on a Cavs uniform in 2014, he’s been the subject of trade rumors that never materialized. This latest assessment could be just the latest example of sports talk that’s merely a disguise for empty chatter. It will likely stay in that realm until a deal actually occurs.