Cavs News: J.R. Smith to Opt out of Contract and Enter Free Agency 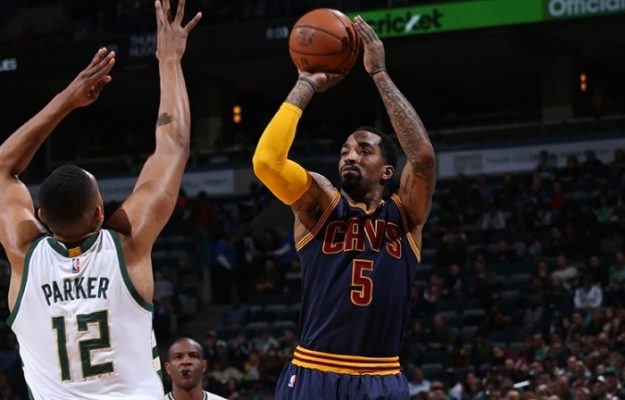 Cleveland Cavaliers shooting guard J.R. Smith has reportedly decided that he won’t exercise his player option for the 2016-17 NBA season and will instead become an unrestricted free agent.

Smith had until Thursday to make a decision on his status and chose free agency, according to Chris Haynes of Cleveland.com. He was scheduled to make $5.4 million next year as part of his two-year, $10.3 million contract he signed last season.

The decision presumably comes as no surprise to the Cavaliers’ front office. One reason Smith chose to forego the second year is that it wasn’t fully guaranteed until September 17. Another is that the large increase in the team’s salary cap next season opens up additional available money.

While there’s no indication of how much Smith will be asking for, he’s likely to try and come close to teammate Iman Shumpert’s deal of $40 million for four years that was signed last year.

Though the possibility of Smith leaving exists, he doesn’t sound as if he’s looking elsewhere:

“This is where I want to be,” Smith said. “The fans love me; I love them and my teammates.”

The 30-year-old Smith will likely see a boost in salary, though the number of years the Cavs offer him is open to debate. He’ll be coming off a season in which he set a new single-season team record with 204 three-pointers, averaging 12.4 points and connecting from long-range at a 40 percent clip.