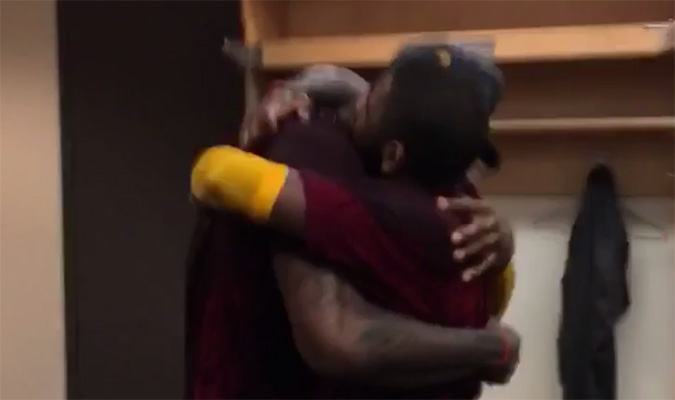 This is what it’s all about.

After the Cleveland Cavaliers‘ 113-87 rout of the Toronto Raptors in Game 6 of the Eastern Conference Finals to advance to the big dance for the second year in a row, Cavs superstar forward LeBron James and guard Kyrie Irving let their emotions take over.

.@KingJames and @KyrieIrving left it all on the court. #NBAFinalshttps://t.co/8FuOXJIvjl

Up next, the Cavs await the winner of the Western Conference Finals between the defending champion Golden State Warriors and the Oklahoma City Thunder. Currently, the Thunder shockingly lead the series 3-2 with Game 6 at Chesapeake Energy Arena.

The contest, which is scheduled to tip off shortly after 8:00 pm CT, will be broadcast nationally on TNT.