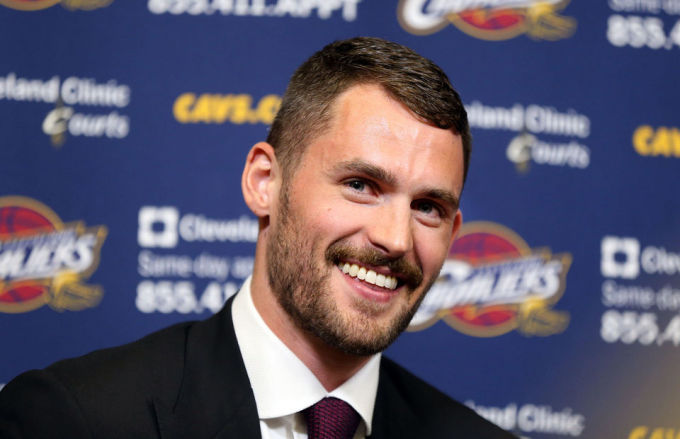 In 2011, Cleveland Cavaliers forward Kevin Love signed an endorsement deal with the China-based brand 361 Degrees, however according to Complex.com, that agreement has officially come to an end.

NBA sneaker writer Nick DePaula is now reporting that Love is expected to sign a shoe deal with Nike. According to the DePaula, Love would not receive his own sneaker, but would instead likely wear the Hyperdunk 2015 PE colorways.

No sig shoe for KLove. Would likely wear Hyperdunk PEs. RT @ArmanMamuti: @_NDP any chance he gets a sig or PG & Brow are the guys in line?

featuredkevin lovenews tickernike
← Previous Story LeBron James: ‘The Main Thing Is Still the Main Thing and That’s to Win a Championship’
Next Story → Kevin Love: “We’re a Very Very Close Team…That Is Going to Take Us to the Next Level”