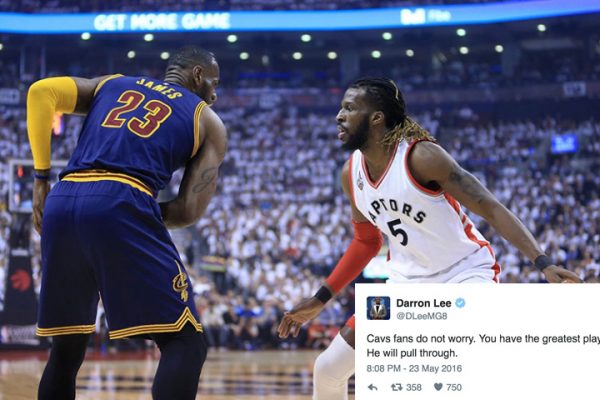 Just a few short days ago, it looked as though the Cleveland Cavaliers could go undefeated through the rest of the playoffs. But then the reality of playing in the Eastern Conference Finals set in as the Toronto Raptors handed the Cavs two consecutive losses in Canada.

The Cavs are looking forward to returning home for Game 5 Wednesday night, but the consecutive road losses sent Twitter into a general state of shock Monday night.

Cavs fans do not worry. You have the greatest player on the planet. He will pull through.

Ty Lue must be a @BEATKINGKONG fan, bec the Cavs ran the same play over and over in the 4th and scored every time.

We've got a series!

We're all square in the East!

Raptors come up huge down the stretch, knock off Cavs at home 105-99. pic.twitter.com/B3DtdeRBhO

Ever since King Jaffe Jouffer Blatt said the Cavs are the NBA favorites, the Cavs are 0-2. The curse of Blatt

No team has ever lost Games 1 and 2 of Conf Finals by 15+ and won the series.

Raptors are now tied 2-2 with the Cavs.

Last time @Raptors overcame an 0-2 deficit in the #NBAPlayoffs? 2002 vs @DetroitPistons First Round pic.twitter.com/RxwU3zHuBc