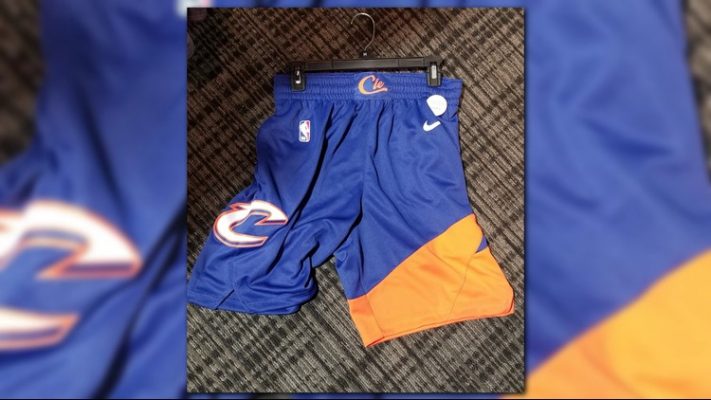 The Cleveland Cavaliers have yet to wear this season’s version of their City Edition uniforms, but a glimpse of part of the uniform has been leaked. The jersey remains a mystery, but the shorts question has been answered, thanks to a sharp visitor to a website that focuses on sports uniforms.

Looks like the shorts for this year's Cavs City Edition uniform have appeared, thanks to an eagle-eyed member of the @sportslogosnet forum.

The colors of the jersey hearken back to the era in which the Cavaliers were seeking to break away from their original wine and gold colors. That came in the wake of the era of Ted Stepien as the team’s owner, a three-year stretch that nearly destroyed the franchise.

Presently, there’s no indication exactly when the Cavaliers will begin wearing the uniforms, though the team didn’t begin wearing last season’s gray version until January. Last year was the first year for the alternate uniforms, which made an effort to be more geographically specific.

Entering Saturday night’s home game against Indiana, the Cavaliers currently have much more pressing issues as they seek to bounce back from an 0-5 start to the 2018-19 season.