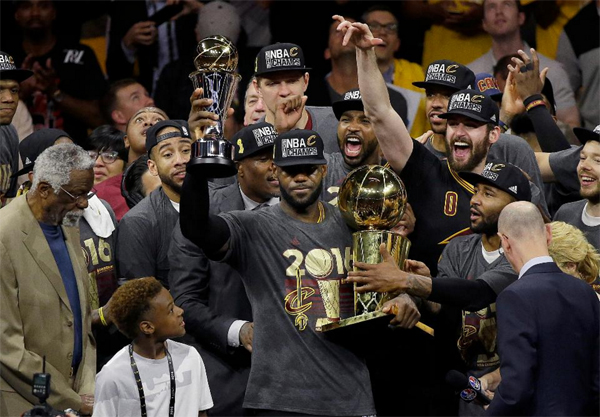 As if there was even the slightest doubt in anyone’s mind about who the greatest player was in the NBA, this year’s ESPYS confirmed that notion when the ESPY for best NBA player was announced.

LeBron was just named best NBA player at the ESPYs

Perhaps some casual fans were leaning towards the Golden State Warriors’ Stephen Curry as being this year’s best NBA player after his team accomplished a historic NBA regular season.

But when it came playoff time, the Cleveland Cavaliers’ LeBron James showed everyone why he is still the best player in the league, which was emphasized by his monstrous NBA Finals showing.