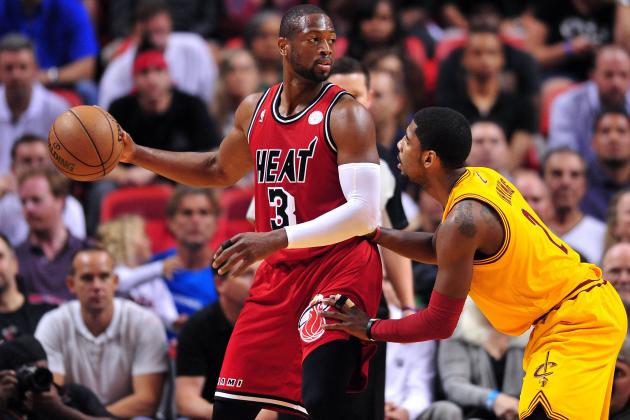 Cleveland Cavaliers point guard Kyrie Irving has been known for his mesmerizing drives to the basket and ridiculously clutch shooting, but the 24-year-old has recently added another weapon to his offensive arsenal.

Through the month of December, the point guard is averaging 7.8 assists per game, including five double-figure assist games over the past two weeks. What’s more important is that Irving’s chemistry with superstar teammate LeBron James on the court has been expanding.

Last season, Irving assisted James a total of 43 times during the regular season. This season, however, that number is already at 42.

Granted, the superstar point guard did sit out the first six weeks of last season due to knee surgery, but it’s clear that Irving’s attention to detail and film studying are paying big dividends.

“It’s the evolution and growth in my point guard,” James said in reference to Irving’s improved passing. “He’s studying the game, he’s watching the game, and now he’s actually going out and playing the game. Just read and reacting, and just continues to get better every single day, every single month. And he’s showing that.”

In particular, Irving has been studying film of James’ days with the Miami Heat and the small forward’s first tenure with the Cavs. He’s looking at situations in which Dwyane Wade and Mo Williams would set James up. One example of Irving’s film work already paying off came against the Golden State Warriors on Christmas Day, when Irving found a cutting James, who threw down a massive late-game dunk.

“He used to do that with Mo Williams even before [Wade], they used to run that play,” Irving said. “He used to get major dunks on that. I watched them.”

Irving is having the best year of his young career, and the scary part is, he hasn’t even entered his prime yet.