Video: LeBron James Reacts to Being 11-of-21 from Free Throw Line 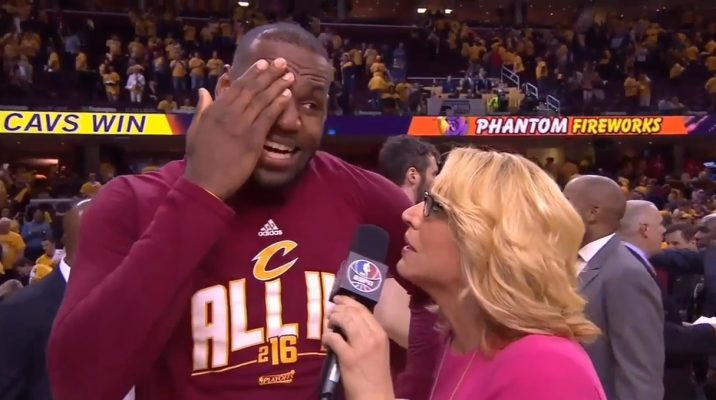 While LeBron James is seemingly clicking on all cylinders for the Cleveland Cavaliers in the postseason, he noted in frustration one aspect of his game that’s struggled during the Eastern Conference Finals.

James spoke with ESPN’s Doris Burke during a postgame interview after the Cavaliers’ 108-89 win over the Toronto Raptors in Game 2 of the Eastern Conference Finals. During the game, James collected a triple-double, scoring 23 points, grabbing 11 rebounds and dishing out 11 assists

Burke noted that James was 18-of-26 in his shot attempts, with an average distance of 1.6 feet, and asked about his ease in getting to the basket so often. Given those numbers, James simply smiled as he lamented his 11-for-21 effort in shooting free throws, including a 9-of-17 night in Game 2.

James will have a chance to improve his numbers when the series resumes for Game 3 on Saturday night in Toronto.