Dwyane Casey: ‘LeBron James Is the Best Player in the NBA Right Now’ 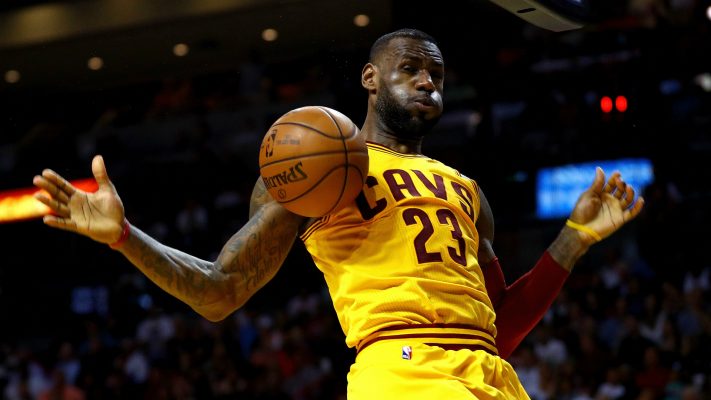 Kyle Lowry might believe that LeBron James is second to Steph Curry when it comes to individual talent, but Toronto Raptors head coach Dwane Casey is prepared to make no such statement, about either the players or their respective teams.

“We’ll go in and play hard to compete against in my opinion the best team in the league right now as far as playing basketball, playing together, playing both ends of the floor and shooting the 3-ball,” said Casey on a conference call Monday. “In my heart I feel like LeBron James is the best player in the NBA right now. They didn’t ask me for my vote so I didn’t give it to them.”

Casey is likely referring to the fact that James ended up third in MVP voting this season, trailing both Curry and Kawhi Leonard. In fact, Curry’s MVP was the first unanimous decision in NBA history. Furthermore, James actually received the most fourth place votes of anyone on the ballot, receiving 34 votes in the fourth place spot.

While this may just simply be a tactic to attempt to settle down the Cavs after Lowry’s comments went viral, there is no denying the legitimacy of Casey’s reasons for naming the two-time champion as the best in the league.

“He does so many things for his team offensively and defensively that you can take all the other stuff, but what he brings to the team, some of it you can’t even quantify,” said Casey. “I’ve said this all along and we had to prepare for him when he was in Miami, his passing is probably his biggest weapon. He’s such a smart player, he sees the floor, he finds good shooters and they don’t even have to move their hands.”

James’ playoff scoring totals have reached a career low at 23.5 points per contest, but his assist totals are currently at 7.3 assists per game, highest on the team.

James’ versatility on offense and ability to defend multiple positions has been on full display during these playoffs, and as CavaliersNation.com pointed out, the Big 3 is clicking at exactly the right time, largely thanks to the versatility of King James.

“We have to pick our poison to what we want to try to take away and what we have to live with,” said Casey. “They have been shooting the ball very, very well. Atlanta tried to take away a lot. They switched a lot to try and took away a lot of the pick-and-roll stuff and they ended up not taking away anything. They’re a lethal team right now.”

According to Cleveland.com, the Cavs are 20-2 in the last two postseasons against Eastern Conference opponents, and nearly everyone believes that the Cavs are set to improve that record to at least 24-3, possibly even 24-2.

And Casey is aware of this fact as well.

“I don’t know how Cleveland feels about us but nobody is going to favor us to beat them in this series. The only people who are going to believe in that are the people in our locker room and the guys on the floor,” said Casey.

And while Casey may have made these comments to try and quell any King James rage from Lowry’s comments, the four-time MVP does not need any extra motivation to perform at this time of the year.