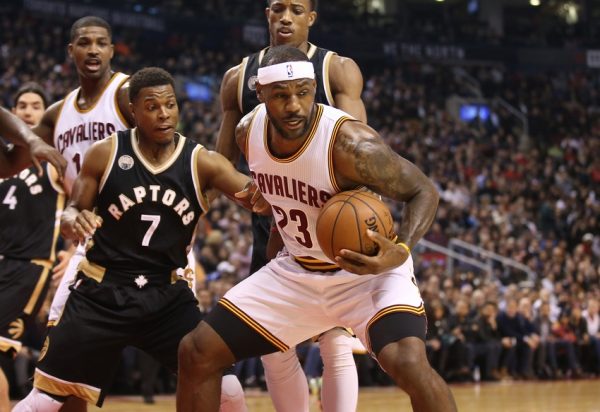 As you may have already found out, the Cleveland Cavaliers will be squaring off against the Toronto Raptors in the Eastern Conference Finals in what figures to be a lopsided playoff series.

That’s because the Cavaliers are heavy favorites to advance to the NBA Finals for the second year in a row, but that did not stop Raptors point guard Kyle Lowry for throwing a little shade at superstar LeBron James.

“LeBron’s probably one of the best players in the league — besides Steph (Curry). Kyrie’s (Irving) a tough matchup, and Kevin Love’s always a tough matchup. But we’re going to go in there and play our game and try to go out there and do our job and see what happens.”

Did Lowry mean that the only player better than James in the league is Curry? That’s up for your own interpretation

We’ll see how James reacts to that on the court Tuesday night, when the two teams face off at Quicken Loans Arena.