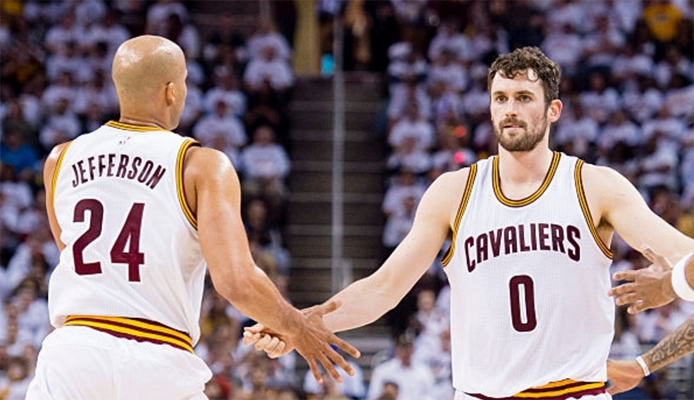 And the fun don’t stop on Richard Jefferson’s Snapchat.

After the small forward was seen proving that superstar LeBron James actually drives a Kia K900, he was apparently up to some other antics on Sunday night.

If you didn’t know already, power forward Kevin Love has been appointed an alter ego, “Lil’ Kev.” Lil’ Kev is literally a Tommy Bahama advertisement that was ripped out of a magazine and now the entire team (mainly Jefferson) constantly gives Love a hard time about his alter ego.