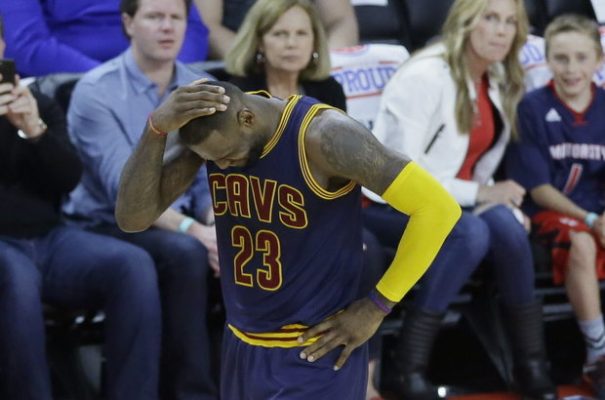 It looks like the NBA has made a decision in regards to Andre Drummond elbowing LeBron James in Game 3 of the NBA Playoffs.

A league spokesperson told Chris Haynes of Cleveland.com that the Detroit Pistons center would not be penalized for elbowing James in the head and neck area.

Pistons C Andre Drummond will not be penalized by league for elbow that struck side of LeBron James’ neck in Game 3, league spokesman says.

Drummond actually struck James twice in Game 3, the second of which sent the small forward to the floor. It’s unfortunate that the league will let these actions go unpunished, but it is the playoffs after all.