Video: LeBron James Says His Favorite Christmas Games Have Been in Los Angeles 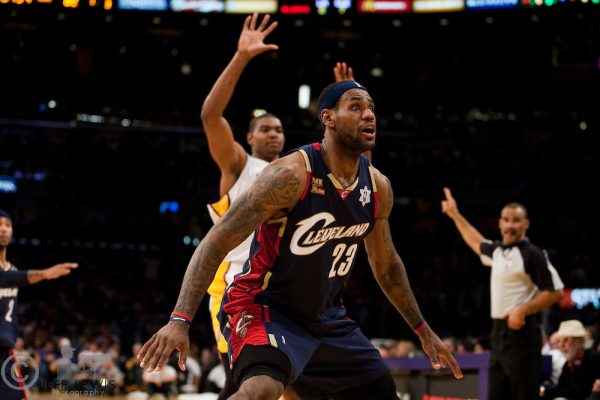 The Cleveland Cavaliers are set to face the Golden State Warriors at Oracle Arena on Christmas Day for the second time in three years. However, Cavs forward LeBron James indicated that he has more reverence for another California venue when it comes to playing on this particular holiday.

James made the comments on Sunday, with the Cavaliers getting in a practice prior to Monday’s clash.

Monday’s game marks the 12th Christmas Day game James has played in, the first coming during his rookie year in 2003. The next time wouldn’t come until four years later, but would begin his existing streak of 11 consecutive appearances on the holiday.

James’ fondness for Staples Center is no doubt tied to the fact that his teams have won all three Christmas matchups against one of the facility’s tenants, the Los Angeles Lakers: 2009 with the Cavs, followed by wins in 2010 and 2013 with the Miami Heat.

Overall, James’ teams are 8-3 overall on Christmas: 4-3 with the Cavaliers and a spotless 4-0 with the Heat. The Lakers and Warriors are the only teams that James’ teams have faced three times, followed by a pair of Cavaliers battles against the Heat.

Finally, Monday’s game marks the fifth time a holiday matchup for James has been a rematch of the preceding NBA Finals. In 2011, his Heat team faced the Dallas Mavericks, followed the next year by a contest against the Oklahoma City Thunder. This season marks the third straight year, they’ve faced the Warriors in a Finals rematch.

Of course, those focusing on James’ destination after the 2017-18 season will no doubt zero in on that enthusiasm for playing in Los Angeles. That’s because James is expected to once again enter the free agent market next July, with countless rumors having connected that with the fact that James owns two homes in the Los Angeles area. Adding to that is his potential pairing with fellow free agent Paul George that could immediately make the up-and-coming Lakers a title contender.

The game on Christmas marks the first of three straight road games for the Cavs, with just one of the team’s next nine games being played at Quicken Loans Arena.