Don't Miss
Home / Videos / Video: J.R. Smith Has Something to Say to Hecklers After Nailing 3-Pointer

Video: J.R. Smith Has Something to Say to Hecklers After Nailing 3-Pointer 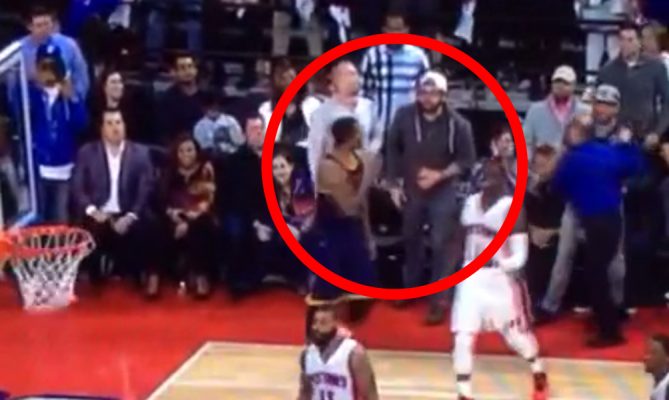 The Cleveland Cavaliers entered Game 3 against the Detroit Pistons knowing that they’d come into a hostile environment at The Palace of Auburn Hills.

But they didn’t know how hostile.

In the midst of elbows being thrown and a loud chorus of boos throughout the game, shooting guard J.R. Smith as well as other Cavaliers players were seen being constantly pestered by fans sitting in the front row.

The climax of the pestering came after a Smith swished a corner 3-pointer as a couple of rowdy fans were heckling him. After Smith made the shot, he turned around and gave a “shhh” signal along with some words, which were most likely not of the amiable kind.