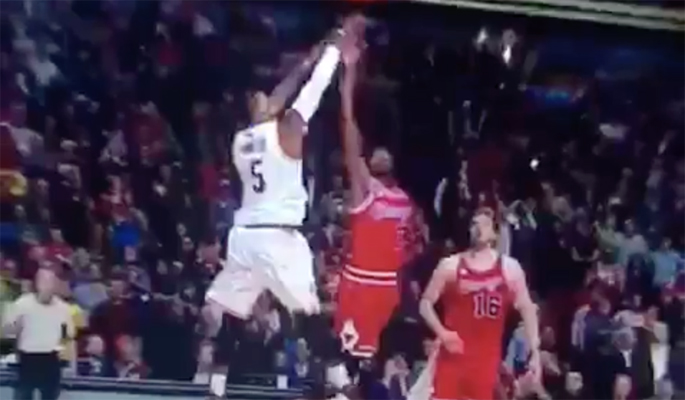 During Friday night’s matchup against the Chicago Bulls, the Cleveland Cavaliers had one last shot at sending the game into overtime with just 1.6 seconds remaining.

Matthew Dellavedova inbounded the ball to a red-hot J.R. Smith, who spun around, and uncharacteristically, airballed a three-pointer by several feet.

However, the NBA’s own Stu Jackson is now reporting that Smith was actually fouled on the shot as displayed by video evidence.

End of game @TheRealJRSmith was contacted on his follow through on a potential game tying 3pt. Non Call Incorrect #cavs