Don't Miss
Home / Videos / Video: LeBron Disguises Himself as Blaze Pizza Employee, Fans Have No Idea Who He Is

Video: LeBron Disguises Himself as Blaze Pizza Employee, Fans Have No Idea Who He Is 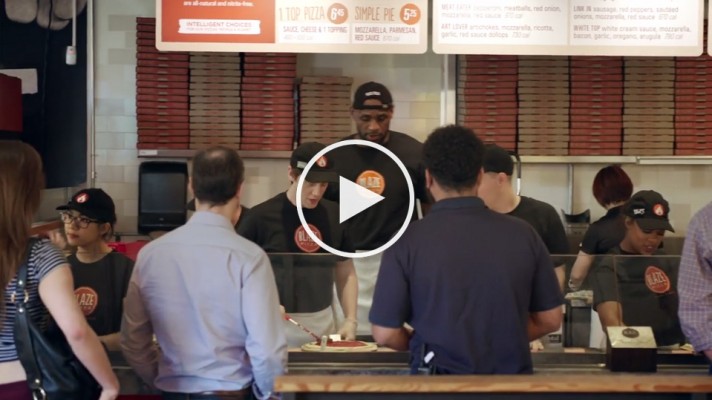 He’s the greatest player in the game today, yet some people apparently don’t know who LeBron James is, well, at least in Los Angeles.

During the Cleveland Cavaliers’ road trip to play against the Los Angeles Clippers and Los Angeles Lakers, James decided to make an appearance at a Pasadena Blaze Pizza restaurant, where most of the customers failed to recognize him. Watch the video in its entirety below.