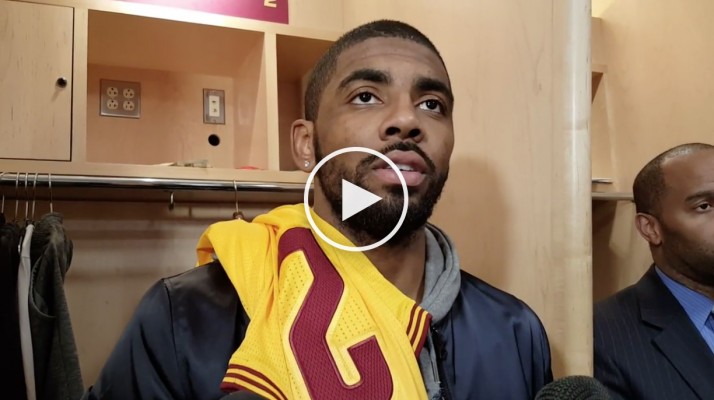 Despite the Golden State Warriors’ league-best 68-7 record, Kyrie Irving does not believe they are the team to beat.

Following the Cleveland Cavaliers‘ 107-87 victory over the Brooklyn Nets on Thursday night, Irving expressed confidence that his squad is the team to beat, via Cleveland.com’s Chris Fedor:

“Everything surrounding our team, just crazy to think that we’re still in first place, and we’re still the team to beat, honestly.”

The 24-year-old point guard was asked if he meant that Cleveland was not only the squad to beat in the Eastern Conference, but the team to beat in the entire NBA:

“I feel like we’re the team to beat. Honestly it’s open season until we get into the playoffs. I have a lot more confidence than I think anyone realizes in our team and what’s going on in our locker room.”

It’s nice to see that Irving has confidence in his team entering the postseason. Despite some rough losses, the Cavaliers remain the best team in the Eastern Conference with a 53-22 record, and had a solid 11-5 record through the month of March.