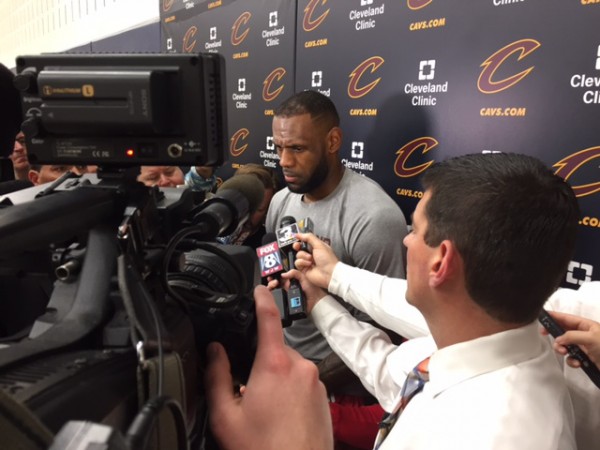 It seems that LeBron James is eager to begin the Cleveland Cavaliers’ three-game road trip, which starts in Madison Square Garden Friday night against the New York Knicks.

“It’s a great way to start a road trip, to be here in the Garden, you know, so you don’t need no extra motivation to be here, the fans are amazing and they know game,” James said during this morning’s shootaround. “This building brings off a vibe and it’s a Friday night in New York City, what else can you ask for?”

James then directed his teammates to each pick up a ball and “get up and down” the court to start warming up.

Blatt soon got the hint that James wanted to end the media session early and start practice and said:

“He’s also anxious to practice, so let me get over there.”

It’s evident that James is taking a very serious approach to the game this season as he looks to make his sixth straight NBA Finals appearance and deliver an NBA title to the city of Cleveland once and for all.