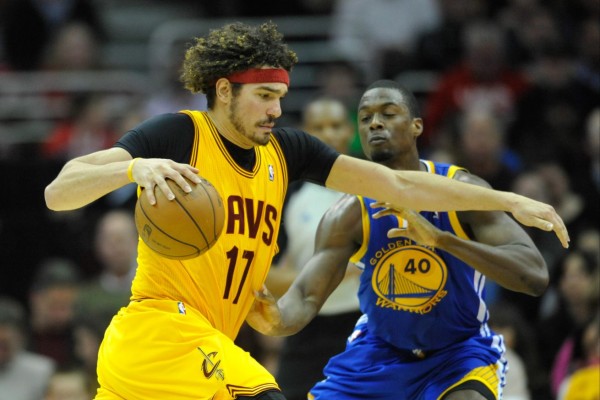 It looks like Anderson Varejao is taking his talents to Golden State.

The former Cleveland Cavaliers forward has reached an agreement to play out the rest of the season for the Golden State Warriors, according to Shams Charania of Yahoo Sports. The contract is reportedly for the veteran’s minimum.

Varejao had spent the first 12 seasons of his career with the Cavaliers and was the longest-tenured member of the team prior to being traded to the Portland Trail Blazers this past Thursday. The Blazers immediately waived Varejao upon acquiring him.

The 33-year-old veteran had suffered a torn Achilles which ended his 2014-15 season prematurely after just 26 games. He did not appear in the 2015 NBA Finals loss to the Warriors, but returned healthy for the 2015-16 season.

He saw a drastically reduced role this year as he averaged just 2.6 points and 2.9 rebounds in just 10 minutes per game.

While he isn’t the player he was in his prime, Varejao still provides energy and will receive opportunities for touches in the Warriors’ team-friendly offensive system.