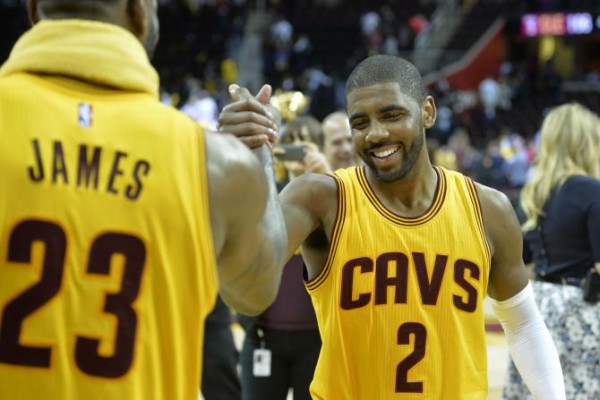 We know Kyrie Irving is good, but LeBron James believes his teammate is a lot better than just “good.”

Irving is coming off of his finest performance of the season, leading the Cleveland Cavaliers to victory over the Toronto Raptors with a team-high 25 points and eight assists. Following the game, James had some high praise for his teammate, not only declaring him “a special player,” but also stating that if Irving is healthy, there’s no question he’d win an MVP award:

“I mean, there would never be a question if Kyrie Irving is the MVP as long as he’s on the floor and he’s healthy. There’s not many guys, if any, at the point guard level that’s better than him. So I don’t think it should even be a question.”

There is no doubt Irving is a great player. The 23-year-old point guard garnered the first All-NBA selection of his career last season when he was named to the All-NBA Third Team.

After being selected with the No. 1 overall pick in the 2011 NBA Draft, Irving has already won Rookie of the Year and the All-Star MVP award. He has also been selected to the past three All-Star games.

However, James stating that Irving would be the MVP as long as he’s on the floor is a bit of a stretch, especially considering Irving isn’t even the best player on his own team.

While MVP awards could be won down the road for the young point guard, it’s not going to be happening any time soon as long as James is in Cleveland.