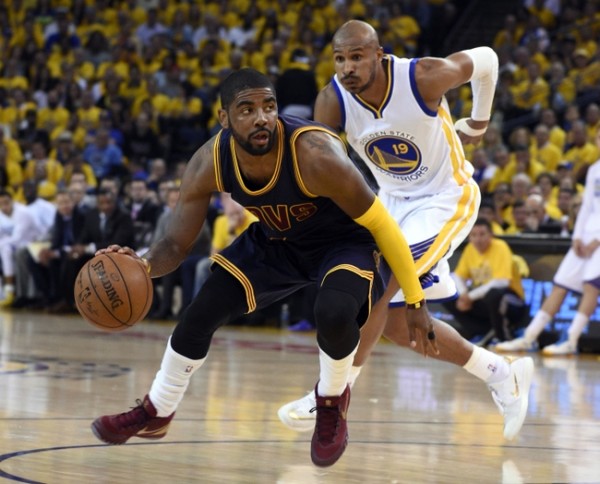 It’s official—Kyrie Irving is returning versus the Philadelphia 76ers on Sunday.

Following his announcement that he’d be back, Irving could not contain his excitement while addressing the media, via Chris Haynes on Twitter:

Irving’s return on Sunday will mark his first in-game action since injuring his knee versus the Golden State Warriors on June 4th in Game 1 of the NBA Finals.

The Cleveland Cavaliers point guard also spoke of understanding the bigger picture in regards to his recovery from injury, via Haynes of Cleveland.com:

“I’ve been ready to play, but bio-mechanically, we just wanted to make sure everything was good so I’m not putting myself at higher risk to go out there and get hurt again.”

While Irving stresses that his knee feels stronger than ever, head coach David Blatt will keep him on a minutes-restriction during his first couple of games. After taking on the Sixers on Sunday, the Cavaliers will play the New York Knicks on Wednesday.

The minutes restriction will ease Irving back into the lineup as Cleveland prepares for their rematch versus the Warriors on Christmas Day on Friday.

With both Irving and Iman Shumpert back in the starting lineup, Cavaliers Nation will finally have the opportunity to see their squad at full strength for the first time this season.