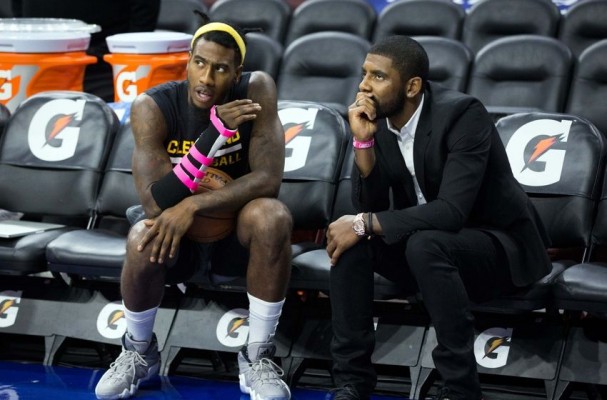 That news, which was reported by Dave McMenamin of ESPN, comes from the team’s head coach David Blatt. However, Blatt tempered such possibilities by indicating after Thursday’s practice that the pair also might not see any action during the trip that concludes next Tuesday night in Boston:

“There’s a chance that one or two or both will play on the trip, but there’s also a chance they don’t,” Blatt said. “We’ll see how they’re feeling.”

Blatt also offered the possibility that only one of the two takes the court, but mentioned that any playing decisions will be based on how they bounce back from full-contact practices:

“It’s a day-to-day thing with both of them,” Blatt said. “We kind of like to let them get through the practice then, the next morning, gauge how they’re feeling. And then just go from there. But they both will be on the trip with us.”

Both Irving and Shumpert took part in their third full-contact practice on Thursday, and if they are inserted into the lineup, they’ll be expected to handle starters’ workloads:

“I’d like to see them be able to come and play significant minutes or at least minutes that give them the chance to feel the court long enough to contribute or get something out of it,” Blatt said.

Due to the Cavaliers’ 14-7 start, currently best in the Eastern Conference, the team has had the luxury of not having to rush the duo back. They’re coming off a 105-100 victory on Tuesday against the Portland Trail Blazers that saw them come back from an 18-point second quarter deficit.