Cavs News: J.R. Smith and Mo Williams to Sit out Against Memphis 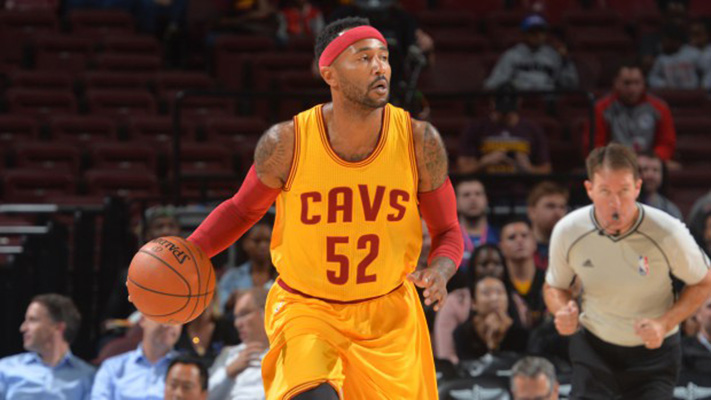 Both J.R. Smith and Mo Williams will not be available Monday night when the Cleveland Cavaliers take on the Memphis Grizzlies in a preseason game at Ohio State University in Columbus.

Smith, whose acquisition in January from the New York Knicks in a three-team trade reinvigorated his career and helped jump start the Cavs, has a sore left hamstring. He came down with the injury last week before the preseason opener against the Atlanta Hawks and was held out of the game at Philadelphia.

Williams, who will likely begin the season as the starting point guard with Kyrie Irving sidelined, is doing fine physically. The Cavs are just giving him the night off as part of the team’s Body Maintenance and Management Program.

Coach David Blatt told reporters at Monday morning’s shootaround that he’s being cautious with Smith, who has not practiced since his hamstring flared up.

“It’s not a serious injury but on the other hand, it’s a tricky thing that you really have to be cautious about and that’s what we’ve been doing,” Blatt said. “We haven’t pressed it and we haven’t pushed it.”

The absences of Smith and Williams will likely result in more playing time against the Grizzlies for Jared Cunningham and Quinn Cook. Cunningham turned more than a few heads in the loss to the 76ers by going off for 31 points, including 21 before halftime. Cook played 15 minutes off the bench in that game but had a team-worst minus-16 rating while on the floor.