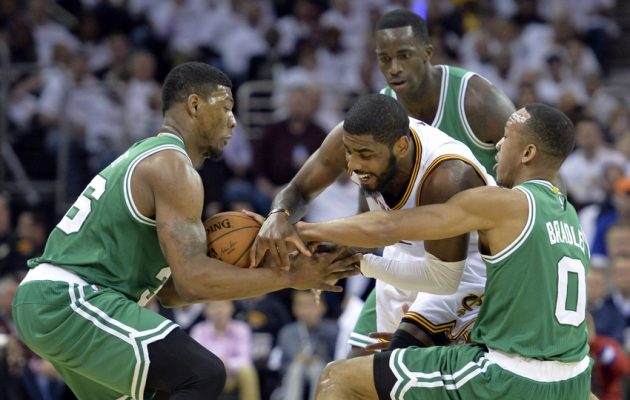 The stature of Cleveland Cavaliers point guard Kyrie Irving has increased among teammates, opposing players and fans during each of his first six seasons in the NBA. In the opinion of one current player, he’s the toughest player to guard in the league.

That player is standout perimeter defender Avery Bradley, who was recently traded from the Boston Celtics to the Detroit Pistons. He was asked to choose by a fan on Thursday during an online question-and-answer session:

Toughest guy in the @nba to defend? #AskAvery

Bradley’s defensive skills are considered among the best in the NBA, which gives his words plenty of credibility. He’s faced Irving 25 times in his career and most recently came up on the short end against him and the Cavs during the 2017 Eastern Conference Finals. Irving scored an average of 25.8 points during the five-game series and connected on 62.2 percent of his shots.

Of course, Cavaliers fans need no reminder just how tough Irving is to defend. It was his 3-pointer in the final minute of Game 7 in the 2016 Finals that served as the winning basket, giving the Cavaliers the franchise’s first-ever-title.