Don't Miss
Home / Media / Kevin Love: “We’re a Very Very Close Team…That Is Going to Take Us to the Next Level”

Kevin Love: “We’re a Very Very Close Team…That Is Going to Take Us to the Next Level” 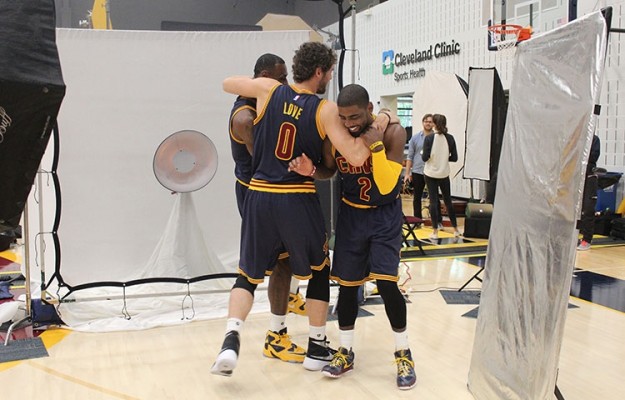 He was asked about being used as an option to give LeBron James some rest during games:

“That’s something that will continue to evolve. We have some new veterans on this team that are really going to help us…we’re excited to get this thing going,” said Love.

Asked if he was hungry to play again after having to watch the finals on the bench due to injury:

“Like a lot of guys on this team we don’t lack hunger. For me, I think it’s a fresh start. It’s a fresh start for everyone here, the coaching staff included, and we’re going to continue to keep building this thing.”

Love chuckled when asked about his decision to bypass another opt-out clause:

“I’m sitting here laughing, because none of you guys believed when I said I’d be back. A lot went into it, but it always came out in the same place. I always felt that…I had an opportunity to play for a championship every year as long as everybody’s healthy. You know, guys are committed long-term to this team.

“A lot of good veteran players want to play here. We have a coaching staff that’s very dialed in and guys that have been there and done that before. It’s a place that I can ultimately be happy, because I think winning kind of breeds everything else. All good things come from it.

“It’s not that I was risk-adverse or wanted to have to wait for the money…next summer. I just felt when it’s your time, it’s your time, and I was able to lock in for five years, and I look forward to seeing where this ride is going to take me. I’m very excited.”

When asked about his comfort level with teammates:

“I think you end up getting some sort of cohesiveness and togetherness the more you’re around different guys. Kyrie and I, that’s kind of always been the way we’ve been together. We’re both kind of fools, and we stay foolish in a lot of different ways, but we know when to lock in.

“Everybody has a different relationship, but we’re a very, very close team. I think that that brotherhood, especially when we get on the floor together tomorrow, that is going to take us to the next level.

“I think it all starts with the big guy, number 23 (James). When all guys are locked into what he’s doing and how he leads the team, it’s great, it’s really great.”

Asked about whether his shoulder will limit his early training camp work:

“My shoulder’s great. I put in a lot of work this offseason to get my full range of motion back and also build my strength back. I feel really good, but I’ll just basically go off what the doctors and training staff tell me, but I’m very eager to get back.”

Concerning his feeling toward the player responsible for his shoulder injury, Kelly Olynyk:

“For me, it’s in the past. He reached out to me, I reached back to him and we said it’s all good, so you kind of move on from an injury. It was unfortunate.”

On the pressure of fans expecting a championship:

“I think there’s a lot expected of us. I think last year, it was said championship or bust and whether we say it or not, a lot of people are going to say it. There’s a lot of great teams out there in the league, a lot of things happened this offseason as far as player movement.”