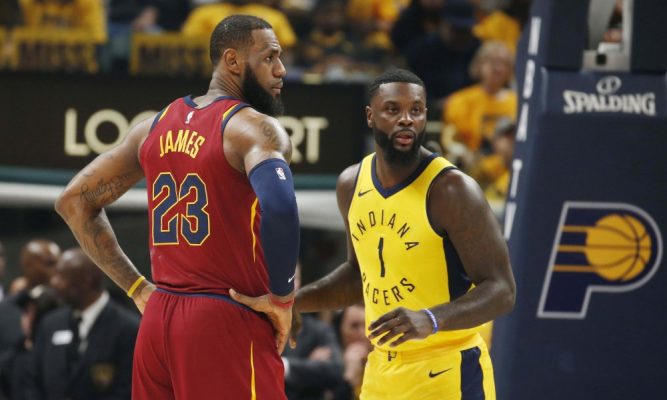 Indiana Pacers guard Lance Stephenson is known as one of the few players in the NBA who can get under LeBron James‘ skin. Because of that, he is seen as villain throughout much of Northeast Ohio.

After the Cleveland Cavaliers Game 7 victory, Stephenson proved that he is more than just a pesky defensive adversary and showed a different side of himself.

He did so by congratulating the Cavs on a fantastic series.

Lance Stephenson: "I want to give it up for Cleveland. The whole series, they kept their composure, they earned it. They’re an excellent team."#Cavs#Pacers

For a player who sometimes seems to use his lack of respect as a tool on the court, it is good to see that in the end he is a good sport in defeat. It is interesting to note though, that he did not congratulate James on his truly dominant performance in the series and instead chose to focus on the team’s accomplishment.

Regardless of how James and Stephenson feel about one another, it is clear that both players are consummate competitors. While their on-court relationship is undoubtedly adversarial in nature, there is likely a certain amount of respect that goes along with that as well.

Now, with the series over, their rivalry will continue as it has every time in the past: with James advancing deeper into the playoffs and Stephenson watching the rest of the tournament from his couch.