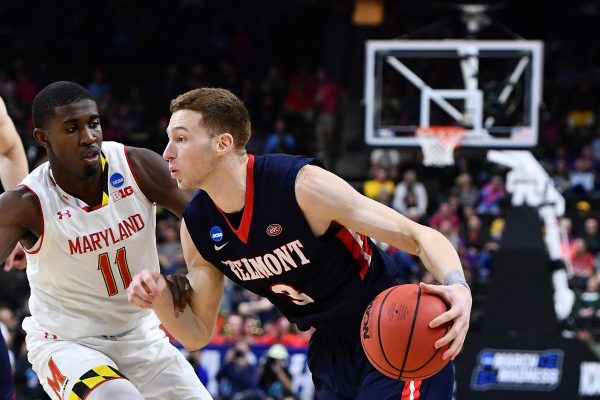 Last week’s NBA draft brought quite a talented group of young players to the Cleveland Cavaliers.

Among them is Dylan Windler who was selected by the Cavs with the No. 26 overall pick.

Needless to say, he was impressive enough that he deserved to be taken in the first round.

Windler fits like a glove in the system that Cavs head coach John Beilein plans to implement for the upcoming season, something that wasn’t lost on general manager Koby Altman’s mind during the draft.

“If you had to check a bunch of boxes that fit coach Beilein’s system, he fits them all,” Altman said. “He’s tall and also rebounds. He can make plays off the bounce. He’s lefty so he sort of gives you an unorthodox look. So we’re sitting at 26 and we’re like, ‘Who is the best shooter in draft?’”

Shooters are a must in today’s league and Windler is exactly what the doctor ordered for the Wine and Gold to keep in step with the way the game has evolved. The 6-foot-8 swingman shot 40.6 percent from beyond the arc during his four-year collegiate career, making him the perfect selection at that spot.

“He’s not just a shooter,” Altman added. “Everything we are looking for is guys who can dribble, drive, pass and shoot. Add basketball IQ to that and you fit into coach’s system.”

That’s definitely high praise for an incoming rookie but if Altman is correct, then the Cavs may have the steal of the first round.