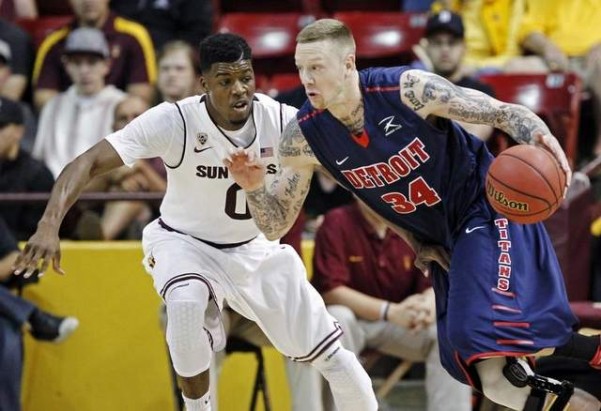 One more addition to the Cleveland Cavaliers’ training camp roster was announced on Thursday when the team added 26-year-old Nick Minnerath, a 6’9″ forward, to a one-year, non-guaranteed contract.

Minnerath, who went undrafted in the 2013 NBA Draft after playing at the University of Detroit, has twice previously tried out for NBA teams. In 2013, he was in preseason camp for the Sacramento Kings, and last year, he competed for the Brooklyn Nets’ summer league. In both cases, he was released and then signed to play overseas.

During that first year, he played for both Spain’s Obradoiro CAB club and France’s STB Le Havre’s squad. Last season, he again played in France for the Cholet Basket team, where he averaged 13.6 points and 4.0 rebounds in 32 games.

As a collegian at Detroit, he garnered First Team All-Conference honors while playing in the Horizon League.

The signing now gives the Cavs 16 players, with Tristan Thompson not included. That’s because his status is still in limbo until he signs either the deal offered by the Cavaliers or a qualifying offer that will make him an unrestricted free agent next July. Among those 16 players are 13 players with guaranteed contracts, which makes for long odds in Minnerath’s quest to join the Cavaliers.