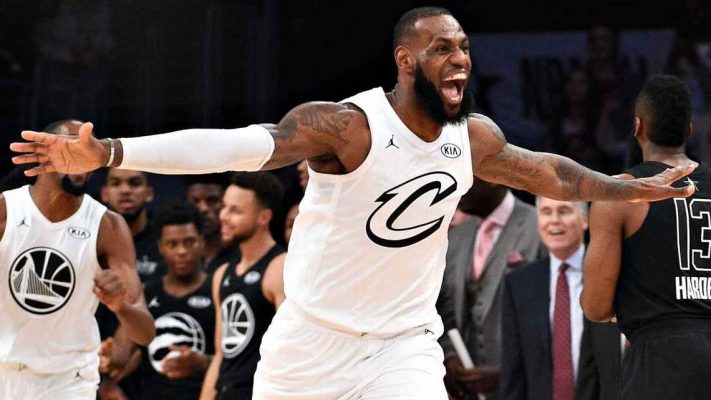 In his 15th season in the NBA, LeBron James has been breaking records and making history with regularity.

The 2018 All-Star Game was no exception.

The Cleveland Cavaliers star bumped Oscar Robertson (81 assists) to sixth place, after dropping eight dimes in the game. He now has 84 total for his career and is three assists away from taking the number four spot from Bob Cousy (86). Should he play once again in next year’s All-Star Game and register at least 14 assists, he will also pass Detroit Pistons legend Isiah Thomas for third place.

James is at the No. 1 spot in several career All-Star Game categories such as points (343), field goals (141), and three-point field goals (35), and he continues to add to those numbers with every game that he plays in the league’s midseason event.

Aside from moving ahead of Roberston in assists, the four-time league MVP also leaped past former Celtics greats Larry Bird and Dave Cowens to tie Kevin Garnett for 12th place in total rebounds with 88 for his career. By next year’s All-Star Game, he could move into the top 10 in rebounds.

By posting 29 points, 10 rebounds, eight assists, and one steal, James was named the All-Star Game MVP for the third time in his career. He also won the award in 2006 and 2008. More importantly, he led Team LeBron to a 148-145 victory over Team Stephen.