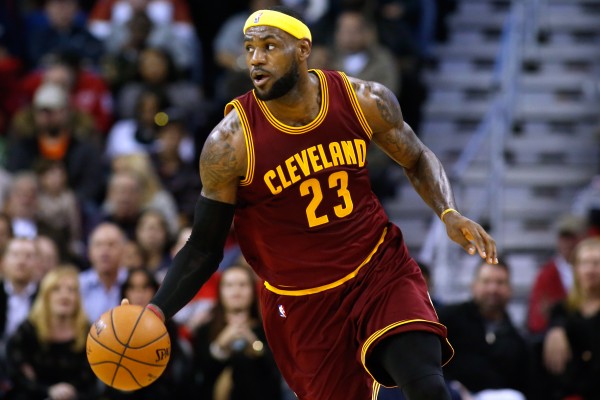 LeBron James may not have won the MVP award last season, but that doesn’t mean he’s still not regarded as the best player in the league.

Sports Illustrated released its list of the top 100 players in the NBA and James was ranked No. 1. SI stated the following for their reasoning of ranking the Cleveland Cavaliers forward as the top player in the league:

“LeBron James has played for more dominant and more successful teams, he’s been more efficient and made the game look easier, and he’s earned greater individual recognitions than he did in 2014-15. But James has never been as captivating as he was during his one-man act during the 2015 postseason, a staggering individual achievement that lacks a modern precedent and—cue the ‘Hard Knocks’ sweeping soundtrack—may not be done again.”

While Steph Curry won the MVP award and led the Golden State Warriors to an NBA championship over the James-led Cavaliers last season, it was LeBron that garnered the most headlines at the end of the season.

In arguably the greatest Finals series performance of all time, James nearly led the undermanned Cavaliers to an upset victory over the depth-heavy Warriors. At the end of the six-game series, LeBron posted series averages of 35.8 points, 13.3 rebounds, 8.8 assists and 1.3 steals per game.

Despite season-ending injuries to Kyrie Irving and Kevin Love, the Cavaliers led the Warriors 2-1 after three games, before dropping the final three contests.

At the age of 30, James has already won four MVP awards and has played in six NBA Finals. He is considered the favorite to win the award this season, while the Cavaliers are favored to win their first NBA title in 2016.

Oklahoma City Thunder forward Kevin Durant was named the second-best player in the league while the New Orleans Pelicans’ Anthony Davis was the No. 3 player on the list.