Cavs News: Kevin Love to Return to Court in 7-10 Days 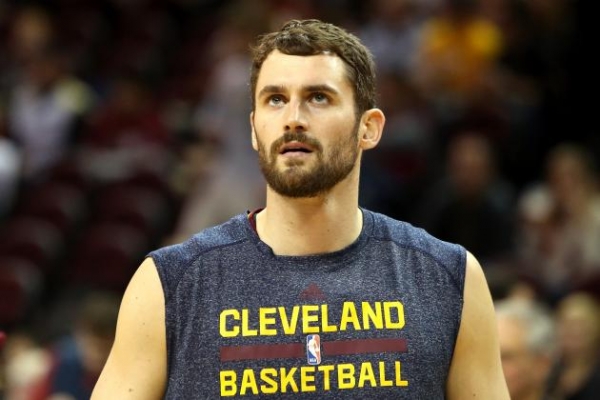 The long rehabilitation of Kevin Love’s shoulder has paid off, with Love saying that he should return to the court within seven to 10 days and be ready for the start of the 2015-16 NBA season for the Cleveland Cavaliers.

ESPN’S Ramona Shelburne tweeted the news on Tuesday afternoon, but indicated that there’s no timetable as to when Love will be allowed to engage in full contact drills. Love made the comments while attending Team USA Basketball minicamp in Las Vegas. Despite his inability to compete in the camp, Love’s presence was a mandatory component of being considered for inclusion on the 2016 U.S. Olympic team.

Kevin Love says he’ll be back on the court in 7-10 days. Not sure yet when he can face full contact but should be ready for camp

The Cavaliers’ training camp will get underway sometime in late September, with the season commencing approximately one month later. The approximate six weeks should allow Love to regain his shooting touch, since he’s been unable to practice since the injury

Love injured his shoulder in a controversial scuffle for the ball with Kelly Olynyk in Game 4 of the opening round of the NBA Playoffs against the Boston Celtics on April 26. The injury was season-ending, which proved to be costly when the Cavs lost to the Golden State Warriors in the NBA Finals in six games.