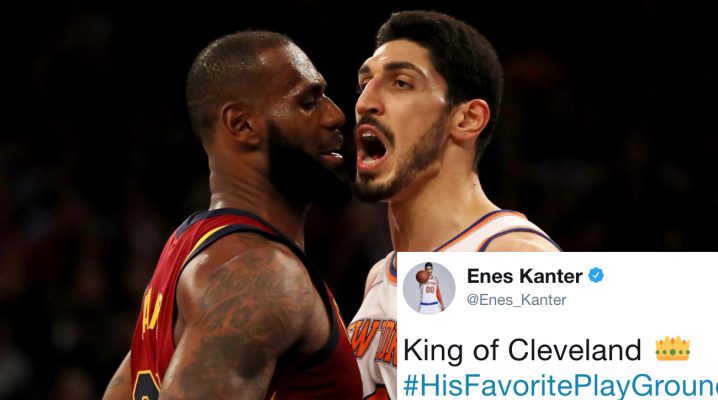 James had said that the Knicks should’ve drafted Dallas Mavericks point guard Dennis Smith Jr. over Ntilikina and here’s what he had to say afterward:

Shortly after, James responded by saying that Kanter “always has something to say” and brushed off the remarks.

However, after tonight’s 108-97 victory over the Miami Heat, Kanter came after James yet again, as the four-time MVP was ejected for the first time in his career in the third quarter of the matchup.

Kanter is of course referencing a post from James in which James dubbed himself the “King of New York,” after the Cavs had rallied back from a fourth-quarter deficit to defeat the Knicks.