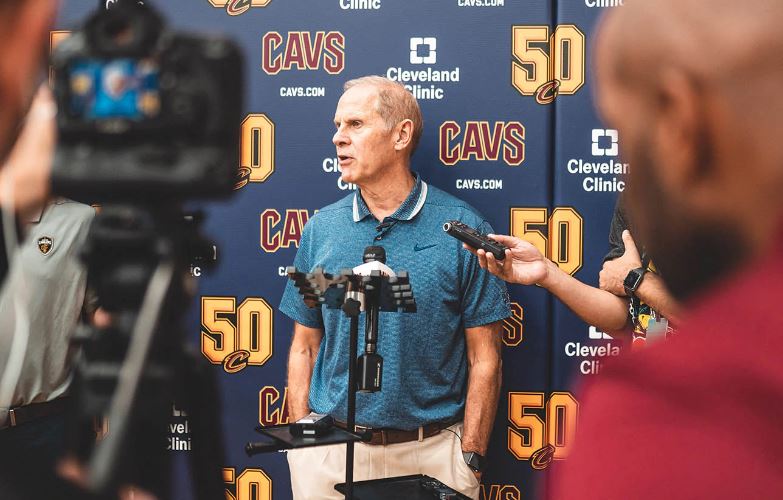 The media won’t be hearing from Cleveland Cavaliers head coach John Beilein today. According to a report, Beilein had to leave practice due to personal reasons.

Not going to hear from John Beilein today because he had to leave for personal reasons. #Cavs

The Cavs can only hope that his reasons for taking a leave aren’t too serious and that he can resume leading the team’s practices soon.

Nazareth College coach Kevin Broderick attended the Cavs’ practice on Friday and he saw firsthand how Beilein conducted himself as a new NBA coach. As one of Beilein’s former assistant coaches back in the day at Le Moyne College and Canisius College, Broderick spoke about witnessing this year’s training camp.

“He’s a great coach, which is a lot of things, but just a tremendous teacher of the game, and that’s never changed,” Broderick said. “Although, I think he just keeps getting better and better. Any chance I get to see him do what he does well is just a great learning experience.”

The Cavs’ 2019-20 campaign looks promising with a number of young players on board with loads of potential. It’s up to Beilein to establish the team’s identity during training camp as Cleveland attempts to provide a better showing than last season’s 19-63 record.