LeBron James Partners with Warner Bros., Could Star in Space Jam 2 in Near Future 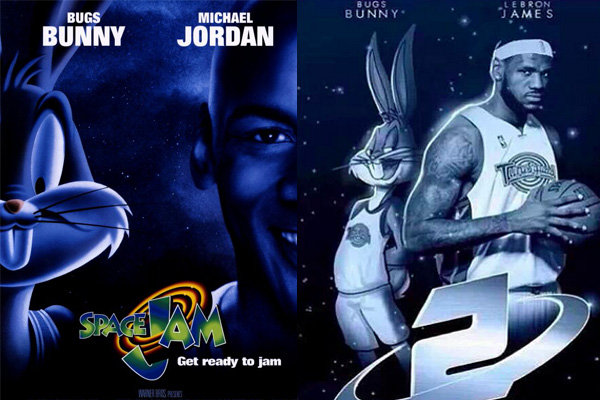 LeBron James is in the headlines even when he’s not on the court.

“LeBron James has one of the most powerful, well-known brands in the world, and we are excited to be in business with him and his partner, Maverick Carter, and SpringHill Entertainment. The combination of LeBron’s global media presence and Warner Bros.’ unmatched production and distribution expertise is a big win for fans everywhere.”

James released a statement on his love for movies and why his partnership with Warner Bros. is something he looks forward to:

“Connecting with my fans and telling meaningful stories have always been my passion. In everything I’ve done, from Nike commercials to ‘Uninterrupted’ and ‘Survivor’s Remorse,’ it’s always about connecting with people of all ages and providing unique content they can all enjoy. And I’ve always loved movies, which makes Warner Bros. the ultimate partner to help us continue to push the envelope. I can’t wait to see what we come up with.”

There has also been speculation that the four-time MVP could star in a reboot of the 1996 film Space Jam, which starred NBA legend Michael Jordan.

Warner Bros. owns rights to Space Jam. There’s been attempts by production companies to get LeBron to star in a reboot in recent years

Though the NBA season concluded over a month ago, the Cavaliers star continues to grow his brand outside of the basketball court. Earlier this month, James co-starred in the movie Trainwreck, which was released in theaters nationwide.