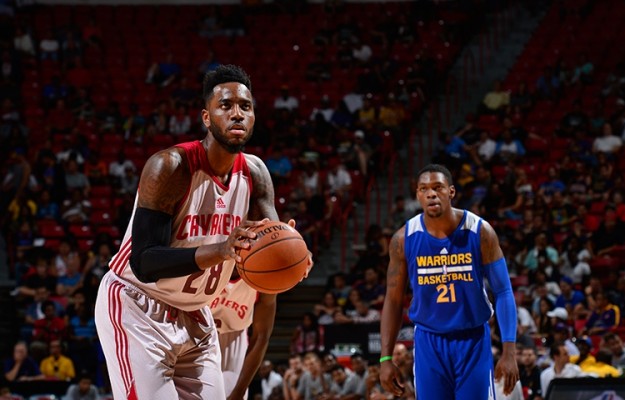 With the Cleveland Cavaliers expected to be championship contenders next season, two Cavs players will likely miss out on the journey.

The Minnesota Timberwolves drafted Christmas with the No. 36 overall pick and traded him to Cleveland. Pointer was the Cavaliers’ 53rd overall selection in the draft.

While the organization envisions a future for both players with the franchise, the Cavaliers’ title hopes combined with their stacked roster makes it hard to see a place for two rookies who are clearly not ready to contribute.

General Manager David Griffin commented on this situation following the conclusion of the summer league:

“We’re in a really unique situation roster-spot wise, where both of them could be affected by that. What we need are guys that can compete in championship caliber games. We ended up in a situation where we ran out of bodies in the Finals and guys that were ready to play significant minutes. And we’re going to need to have as complete of a roster as we possibly can.”

Griffin also assessed each individual in regards to the positive skills they bring to the table. The GM had the following to say about Pointer:

“Dom, on the defensive side of the ball, is special. He’s really rare in his ability to guard on the ball and to make plays as a defensive playmaker in the passing lanes…he’s a rare blend of those things.”

“He’s somebody who’s only going to get better as he adjusts to the speed of the game. I thought he held his own against a very good player (in the Timberwolves’ Karl Anthony-Towns). He’s performed well against legitimate bigs, so I think he’s shown he’s got good promise.

While both players face an uphill battle in making the 15-man active roster for the regular season, Griffin did note that Christmas “will be on our roster in some form or fashion.”

Though the situation looks bleak at the moment for the two rookies, either player could end up on Cleveland’s active roster at some point if injuries end up affecting the team as they did last season.