Kevin Love Reflects on His 4 Years With LeBron James, Calls Him ‘Best Ever’ 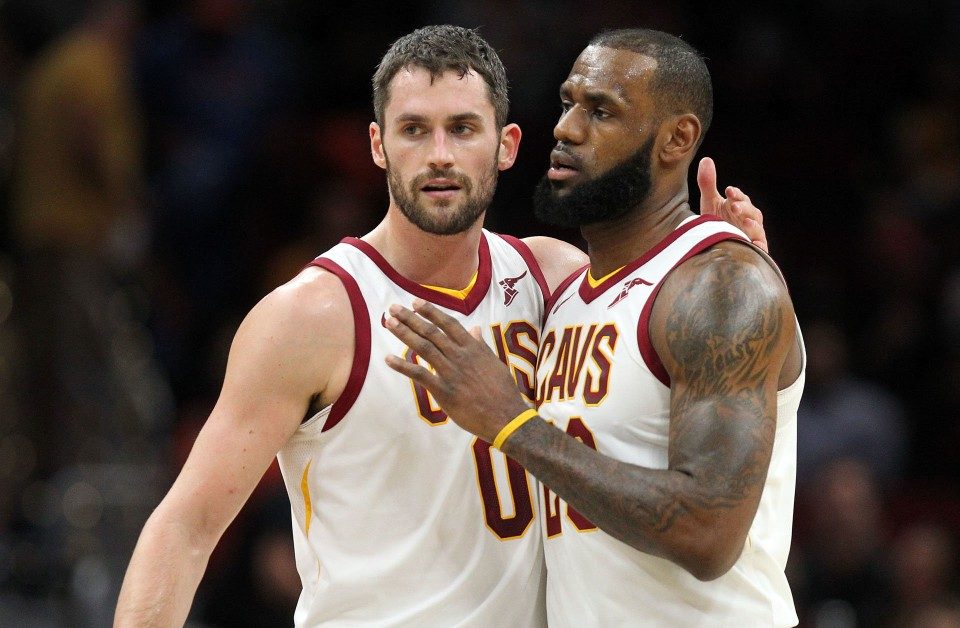 Kevin Love has never shied away from his adoration of former teammate LeBron James.

In a recent appearance on FS1’s “First Things First,” Love made clear how he believes James stacks up against the NBA’s greatest.

"Playing with LeBron the last 4 years, there were times I'd go to the bench during a timeout and say to guys 'I think we're watching the best ever. This is wild.' That's just what he brings to the table every single night." — @kevinlove pic.twitter.com/BrNwnKJokv

“Playing with him the last four years, there were times I’d go to the bench during a timeout and say to guys, ‘I think we’re watching the best ever. This is wild,’” Love said.

Love speaking glowingly of his former teammate is nothing new. The two shared a close friendship during their four years together in Cleveland and enjoyed incredible success including four trips to the NBA Finals and one championship.

Compare that success to this season, where both the Cleveland Cavaliers and James’ new team, the Los Angeles Lakers, missed the postseason entirely, and it’s no surprise that Love still relishes the opportunity to talk about the glory days.

Hopefully next season proves more successful for both players.